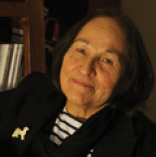 Joséphine Bacon is an accomplished Aboriginal poet, songwriter, documentary filmmaker, and storyteller. She is considered an icon of Quebec literature. She was born in Pessamit, a First Nations reserve and Innu community in the province of Quebec. Known internationally, she has been a guest of honour in Colombia, France, Russia, Armenia, Mexico, Scotland and Haiti. For more than 40 years, Bacon has given numerous writing workshops and presentations in universities and many Aboriginal communities across Canada and internationally. The recipient of many awards, she regularly takes part in poetry performances. She was a finalist for the Governor General’s Literary Award in 2014. She curently lives in Montreal.

With this bilingual English-Innu poetry collection, Joséphine Bacon, in her tribute to the Tundra, challenges our traditional notions of Aboriginal culture and perception, northern landscape and the wilderness, the limits of experience, and the riddle of human existence. With a dreamlike blend of feeling and memory, A Tea in the Tundra / Nipishapui Nete Mushuat presents a complex and elusive constellation of possibilities. The author displays a finely wrought sensibility, which does honour to the subtle intricacies of daily life. The French-language edition of this book, Un thé dans la toundra, was a finalist for the 2014 Governor General’s Literary Award. French to English translation by Donald Winkler.

“The poems are rooted in the concrete worlds of nature and the body, but evoke the presence of a larger, living spirit... Others kaleidoscope between city and wilderness, subtly tracing the lines of Bacon’s own biography.”